The 2019 Women’s World Cup Village presented by Fox 19 Now, a series of street parties and soccer watching venues designed as the official 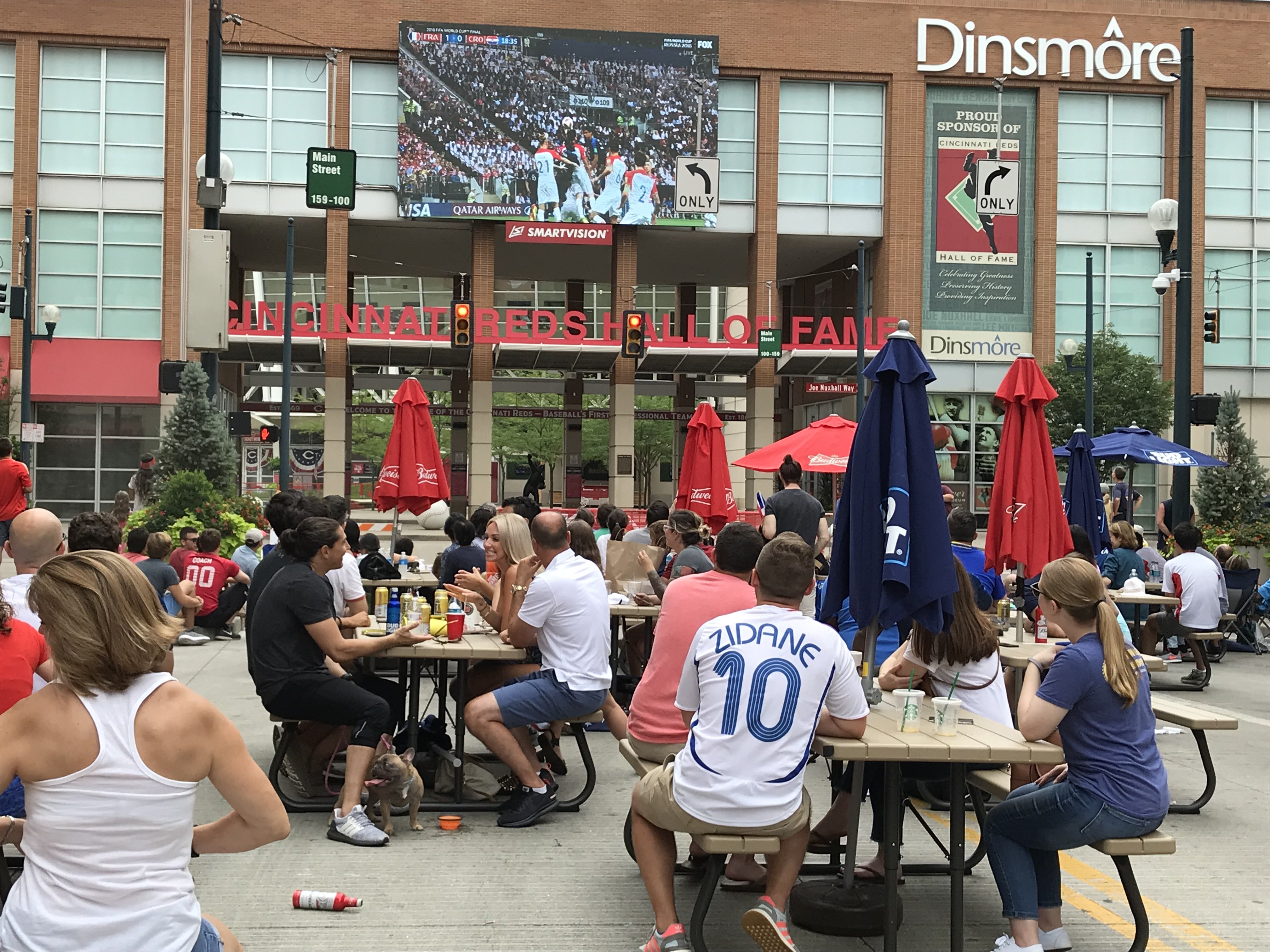 This is year two of World Cup Village at the Banks. Last year, nearly 10,000 people turned out to watch the men’s World Cup at six different street parties over the course of a month in the summer.

This year culminates with the women’s World Cup from France, where the US Women’s National Team will be the heavy favorite to win it all.

Join CSL as we host the first ever 4v4 street soccer tournament, held on two inflatable fields located between the Freedom Center and The Yard House on Freedom Way!

Space is limited to 8 total teams (2 pools of 4 each). Teams will play 15 minute running clock games in a round robin pool play format.  Each team will be guaranteed 3 games of play.  Top 2 from each pool will break for the single elimination bracket as well as two Wild cards between the two pools.  Tournament will happen rain or shine! 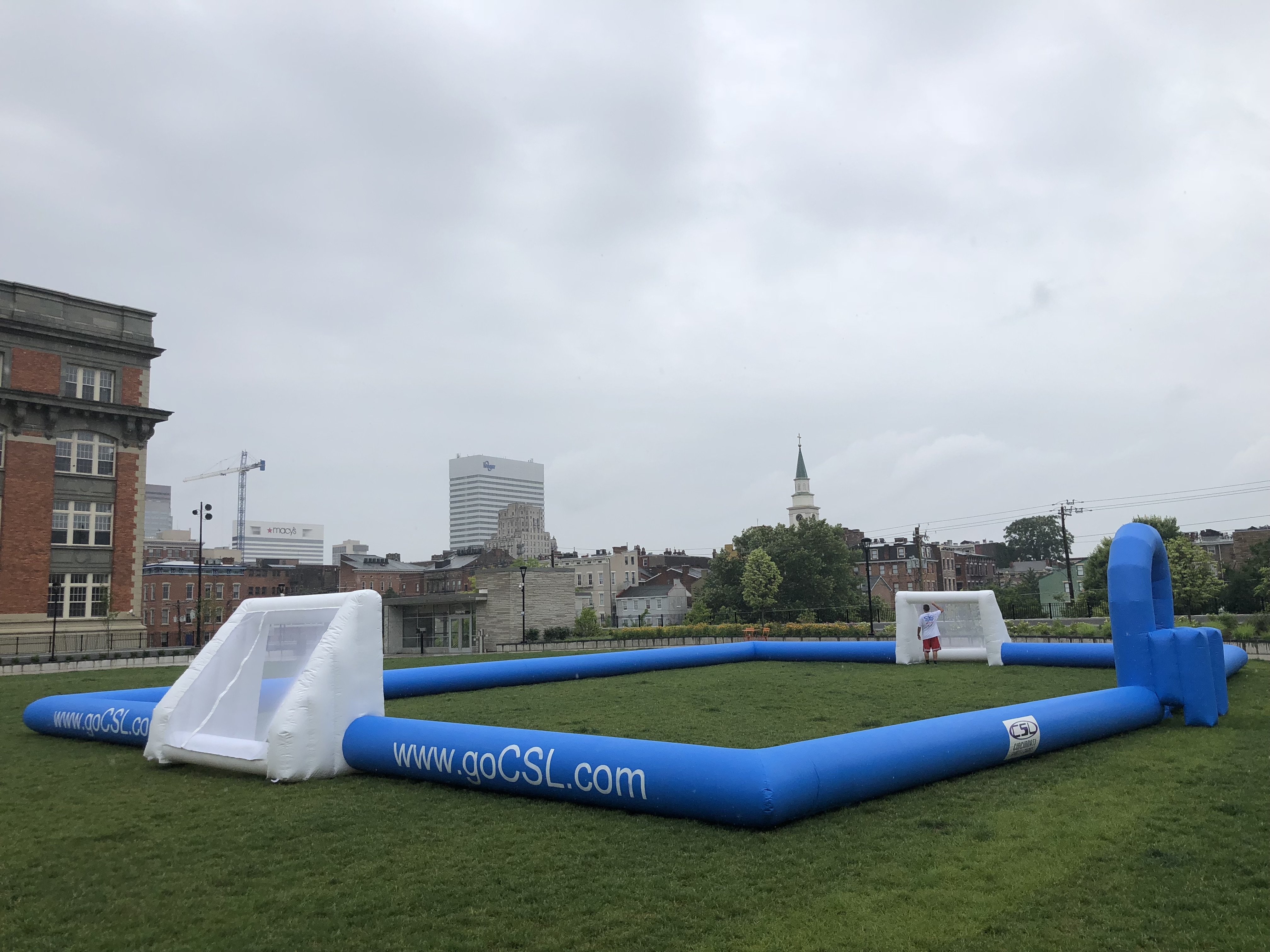 Your Tournament Fee includes: 3 guaranteed games of tournament play, prizes for winners, World Cup at the Banks t-shirts, and one beer per player good for that day.

We recommend 5-8 players per team.
Team Fee for this event is $130.00
Click the link below or the ‘Learn More’ Link at the bottom of this page!

Click Here to Register your team for for the World Cup Village 4v4 Soccer Tournament! 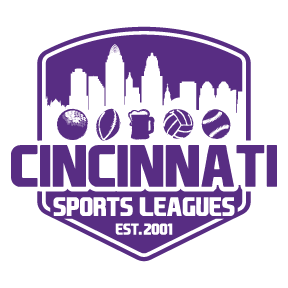